What Is Veganism, and What Do Vegans Eat? 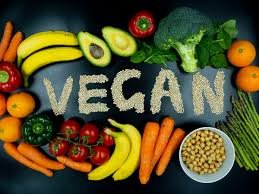 What Is Veganism, and What Do Vegans Eat?

In the past few years, several celebrities have gone vegan, and a wealth of vegan products have appeared in stores.

However, you may still be curious about what this eating pattern involves — and what you can and can’t eat on a vegan diet.

The term “vegan” was coined in 1944 by a small group of vegetarians who broke away from the Leicester Vegetarian Society in England to form the Vegan Society.

They chose not to consume dairy, eggs, or any other products of animal origin, in addition to refraining from meat, as do vegetarians.

The term “vegan” was chosen by combining the first and last letters of “vegetarian.”

Veganism is currently defined as a way of living that attempts to exclude all forms of animal exploitation and cruelty, be it from food, clothing, or any other purpose.

Veganism is a lifestyle that excludes all animal products and attempts to limit the exploitation of animals as much as possible.

Why do people go vegan?

Vegans generally choose to avoid animal products for one or more of the following reasons.

Ethical vegans strongly believe that all creatures have the right to life and freedom.

Therefore, they oppose ending a conscious being’s life simply to consume its flesh, drink its milk, or wear its skin — especially because alternatives are available.

Ethical vegans are also opposed to the psychological and physical stress that animals may endure as a result of modern farming practices.

For instance, ethical vegans deplore the small pens and cages in which many livestock live and often rarely leave between birth and slaughter.

What’s more, many vegans speak out against the farming industry’s practices, such as the grinding of live male chicks by the egg industry or the force-feeding of ducks and geese for the foie gras market.

Some people choose veganism for its potential health effects.

Lowering your intake of animal products may likewise reduce your risk of Alzheimer’s disease or dying from cancer or heart disease .

Some also choose veganism to avoid the side effects linked to the antibiotics and hormones used in modern animal agriculture .

People may also choose to avoid animal products because of the environmental impact of animal agriculture.

These chemicals are considered the three principal greenhouse gasses involved in climate change.

That’s up to 43 times more water than is needed to produce the same amount of cereal grains.

Animal agriculture can also lead to deforestation when forested areas are burned for cropland or pasture. This habitat destruction is thought to contribute to the extinction of various animal species.

People may choose to go vegan for a variety of reasons, including ethical, health, and environmental concerns.

Prominent types of this lifestyle include:

The main types of this eating pattern are dietary, whole-food, junk-food, raw-food, and low-fat, raw-food veganism.

Vegans avoid all foods of animal origin. These include:

Foods containing these ingredients include some types of beer and wine, marshmallows, breakfast cereals, gummy candies, and chewing gum.

In fact, many common dishes are already vegan or can be adjusted easily.

Meat-based entrées are generally swapped for meals containing the following:

You can replace dairy products with plant milks, scrambled eggs with scrambled tofu, honey with plant-based sweeteners like molasses or maple syrup, and raw eggs with flax or chia seeds.

In addition, vegans tend to consume a variety of whole grains, as well as a wide array of fruits and vegetables.

Finally, you can also choose from an ever-growing selection of ready-made vegan products, including vegan meats, fortified plant milks, vegan cheeses, and desserts.

However, these highly processed products may be loaded with additives, oils, and artificial ingredients.

Vegans eat a wide variety of foods and can easily replace meat and dairy with plant-based alternatives, which lends versatility to this diet.

Vegans are individuals who avoid animal products for ethical, health, or environmental reasons — or a combination of the three.

Instead, they eat various plant foods, including fruits, vegetables, whole grains, legumes, nuts, seeds, and products made from these foods.

If you’re curious about this eating pattern, it can be easier to transition to veganism than you might think. However, you may want to consider supplements to ensure you’re getting all the nutrients your body needs.

4 Illustrations of What Anxiety Really Feels Like
When Is the Best Time to Drink Coffee?
16 Simple Ways to Relieve Stress and Anxiety