Grapeseed Oil — Is It a Healthy Cooking Oil? 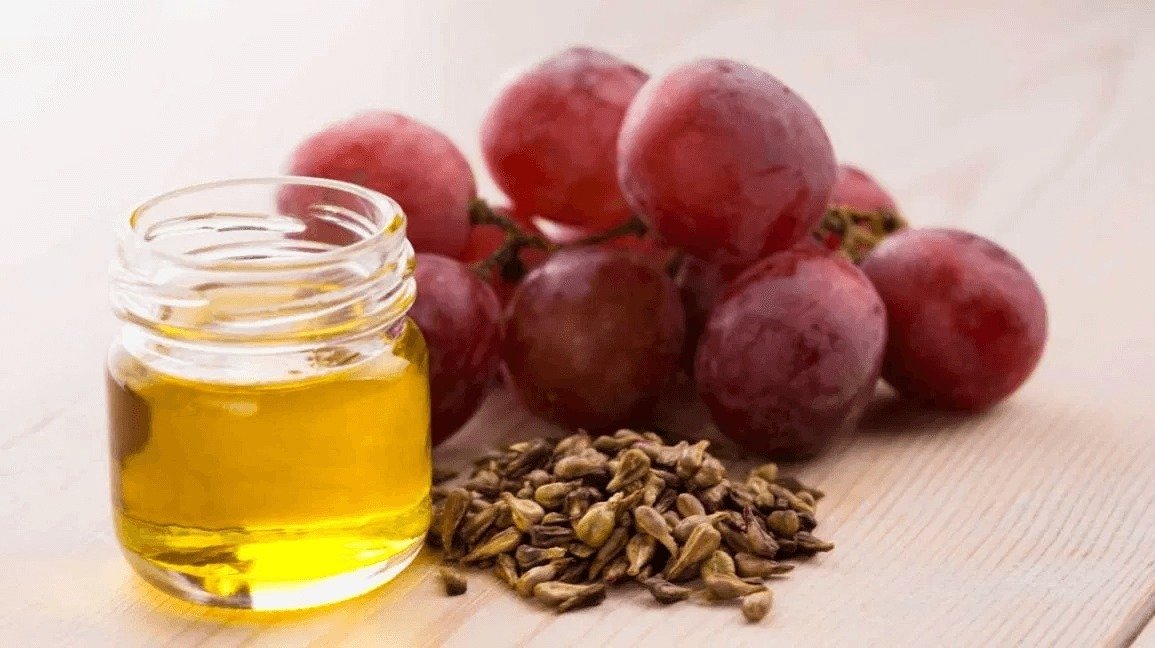 Grapeseed Oil — Is It a Healthy Cooking Oil?

Grapeseed oil has been growing in popularity over the past few decades.

It’s often promoted as healthy due to its high amounts of polyunsaturated fat and vitamin E.

Marketers claim it has all sorts of health benefits, including lowering your blood cholesterol levels and reducing your risk of heart disease.

What Is Grapeseed Oil and How Is It Made?

Grapeseed oil is processed from the seeds of grapes, which are a byproduct of winemaking.

From a business perspective, producing this oil is a brilliant idea. For thousands of years, wine manufacturers have been left with tons of this useless byproduct.

Due to technological advances, manufacturers can now extract the oil from the seeds and make a profit.

The oils are usually extracted in factories by crushing the seeds and using solvents, but the healthier types of seed- and vegetable oils are cold-pressed or expeller pressed.

Some people are concerned that traces of toxic solvents, such as hexane, could adversely affect people’s health.

However, virtually all solvents are removed from vegetable oils during the manufacturing process.

If your oil doesn't explicitly state how it is processed, then you should assume that it was extracted using chemicals like hexane.

SUMMARYGrapeseed oil is extracted from grape seeds, a byproduct of winemaking. This process usually involves various chemicals, including the toxic solvent hexane.

Grapeseed Oil Is Low in Nutrients, But High in Omega-6 Fatty Acids

The health claims for grapeseed oil are based on its supposedly high amounts of nutrients, antioxidants and polyunsaturated fats (2Trusted Source).

The fatty acid composition of grapeseed oil is the following:

It’s very high in polyunsaturated fats, mainly omega-6. Scientists have speculated that a high intake of omega-6 fats, relative to omega-3s, may increase inflammation in the body.

This theory is supported by several observational studies that have associated a high intake of foods containing omega-6 fatty acids with an increased risk of chronic disease (4Trusted Source, 5Trusted Source).

Grapeseed oil also contains significant amounts of vitamin E. One tablespoon provides 3.9 mg of vitamin E, which is 19% of the RDA (9).

However, calorie for calorie, grapeseed oil is not an impressive source of Vitamin E.

Virtually no other vitamins or minerals are found in grapeseed oil.

SUMMARYGrapeseed oil is high in vitamin E and phenolic antioxidants. It’s also a rich source of omega-6 polyunsaturated fats. Scientists have theorized that eating too much omega-6 may be harmful.

How Does Grapeseed Oil Affect Your Health?

Very few studies have investigated the effects of grapeseed oil on human health.

One two-month study in 44 overweight or obese women compared the health effects of taking either grapeseed or sunflower oil daily.

It also seems to have anti-platelet effects, meaning it reduces your blood’s tendency to clot (11Trusted Source).

However, some grapeseed oils may contain potentially harmful levels of polycyclic aromatic hydrocarbons (PAHs), which are known to cause cancer in animals (12).

It’s unknown how widespread this problem is or whether it’s a real cause for concern. Other vegetable oils, such as sunflower oil, may also be contaminated with PAHs (13Trusted Source).

While there are some indications that high-quality grapeseed oil may have some benefits, no strong claims can be made at this point.

SUMMARYThere’s a lack of research on the health effects of grapeseed oil in humans. However, the current evidence suggests it may reduce blood clotting and decrease inflammation.

Is It a Good Oil to Cook With?

For this reason, it’s advertised as a good choice for high-heat cooking like frying.

However, this may be bad advice, as grapeseed oil is also high in polyunsaturated fatty acids. These fats tend to react with oxygen at high heat, forming harmful compounds and free radicals (14, 15Trusted Source).

Because grapeseed oil is incredibly high in polyunsaturated fats, it really is one of the worst oils you could possibly use for frying.

The healthiest cooking oils for high-heat frying are those that contain mostly saturated fats or monounsaturated fats, such as olive oil, because they are less likely to react with oxygen when heated.

For this reason, you should avoid using grapeseed oil for frying. Instead, you can use it as a salad dressing or an ingredient in mayonnaise and baked products.

SUMMARYGrapeseed oil is sensitive to high heat and should not be used for frying. However, it can be safely used as a salad dressing or in baked goods.

Grapeseed oil is processed from grape seeds, which are an abundant byproduct of winemaking.

It’s relatively high in vitamin E and phenolic antioxidants, as well as a rich source of omega-6 fatty acids. Unfortunately, there is a lack of research on grapeseed oil, so its health effects are not fully understood.

While there is nothing wrong with using grapeseed oil in salad dressings or baked goods, its high levels of polyunsaturated fatty acids make it unsuitable for high-heat cooking, such as frying.

If you are looking for a healthy cooking oil, olive oil may be one of your best choices.