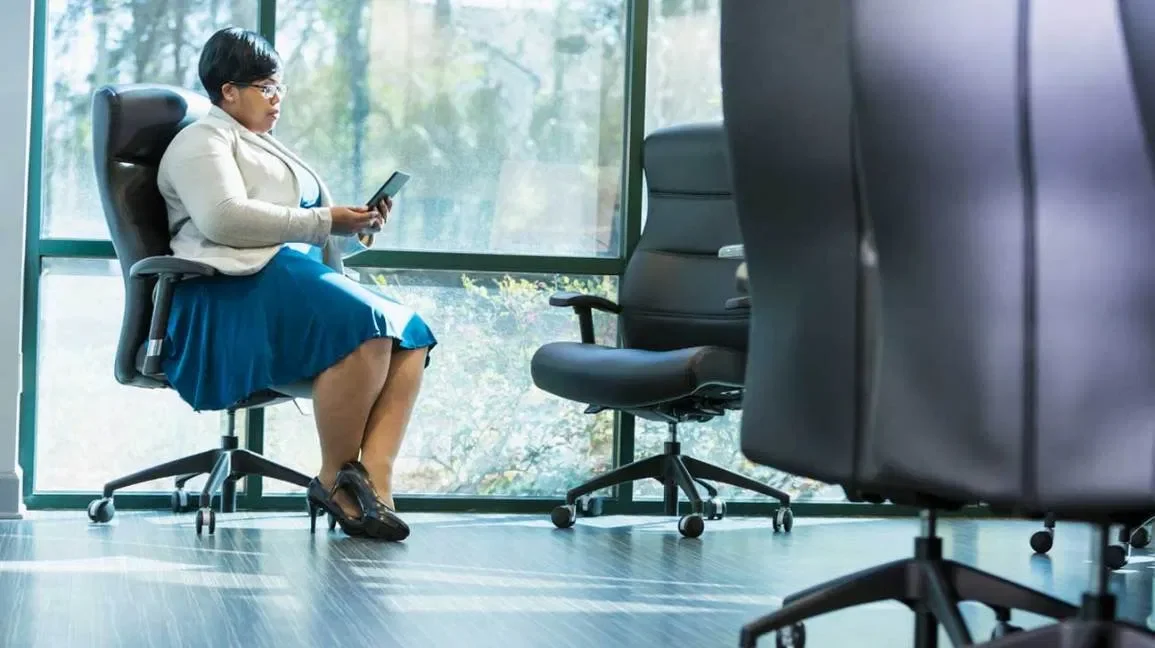 Obesity is one of the biggest health problems in the world.

People with metabolic syndrome are at a much higher risk of heart disease and type 2 diabetes, compared to those whose weight is in a normal range.

Over the past decades, much research has focused on the causes of obesity and how it could be prevented or treated.

Many people seem to think that weight gain and obesity are caused by a lack of willpower.

That’s not entirely true. Although weight gain is largely a result of eating behavior and lifestyle, some people are at a disadvantage when it comes to controlling their eating habits.

The thing is, overeating is driven by various biological factors like genetics and hormones. Certain people are simply predisposed to gaining weight.

Of course, people can overcome their genetic disadvantages by changing their lifestyle and behavior. Lifestyle changes require willpower, dedication and perseverance.

Nevertheless, claims that behavior is purely a function of willpower is far too simplistic.

They don’t take into account all the other factors that ultimately determine what people do and when they do it.

Here are 10 factors that are leading causes of weight gain, obesity and metabolic disease, many of which have nothing to do with willpower.

Obesity has a strong genetic component. Children of obese parents are much more likely to become obese than children of lean parents.

That doesn’t mean that obesity is completely predetermined. What you eat can have a major effect on which genes are expressed and which are not.

Non-industrialized societies rapidly become obese when they start eating a typical Western diet. Their genes didn’t change, but the environment and the signals they sent to their genes did.

2. Engineered Junk Foods
Heavily processed foods are often little more than refined ingredients mixed with additives.These products are designed to be cheap, last long on the shelf and taste so incredibly good that they are hard to resist.By making foods as tasty as possible, food manufacturers are trying to increase sales. But they also promote overeating. Most processed foods today don’t resemble whole foods at all. These are highly engineered products, designed to get people hooked.

SUMMARYStores are filled with processed foods that are hard to resist. These products also promote overeating.

Many sugar-sweetened, high-fat junk foods stimulate the reward centers in your brain

In fact, these foods are often compared to commonly abused drugs like alcohol, cocaine, nicotine and cannabis.

Addiction is a complex issue that can be very difficult to overcome. When you become addicted to something, you lose your freedom of choice and the biochemistry in your brain starts calling the shots for you.

Some people experience strong food cravings or addiction. This especially applies to sugar-sweetened, high-fat junk foods which stimulate the reward centers in the brain.

Their tactics can get unethical at times and they sometimes try to market very unhealthy products as healthy foods.

In today’s world, children are becoming obese, diabetic and addicted to junk foods long before they’re old enough to make informed decisions about these things.

Food producers spend a lot of money marketing junk food, sometimes specifically targeting children, who don’t have the knowledge and experience to realize they are being misled.

Insulin is a very important hormone that regulates energy storage, among other things.

One of its functions is to tell fat cells to store fat and to hold on to the fat they already carry.

The Western diet promotes insulin resistance in many overweight and obese individuals. This elevates insulin levels all over the body, causing energy to get stored in fat cells instead of being available for use

While insulin’s role in obesity is controversial, several studies suggest that high insulin levels have a causal role in the development of obesity .

High insulin levels and insulin resistance are linked to the development of obesity. To lower insulin levels, reduce your intake of refined carbs and eat more fiber.

Many pharmaceutical drugs can cause weight gain as a side effect (10Trusted Source).

For example, antidepressants have been linked to modest weight gain over time (11Trusted Source).

These drugs don’t decrease your willpower. They alter the function of your body and brain, reducing metabolic rate or increasing appetite (14Trusted Source, 15Trusted Source).

Some medications may promote weight gain by reducing the number of calories burned or increasing appetite.

Leptin is another hormone that plays an important role in obesity.

It is produced by fat cells and its blood levels increase with higher fat mass. For this reason, leptin levels are especially high in people with obesity.

In healthy people, high leptin levels are linked to reduced appetite. When working properly, it should tell your brain how high your fat stores are.

The problem is that leptin isn’t working as it should in many obese people, because for some reason it cannot cross the blood-brain barrier (16Trusted Source).

This condition is called leptin resistance and is believed to be a leading factor in the pathogenesis of obesity.

Leptin, an appetite-reducing hormone, doesn’t work in many obese individuals.

Another factor that dramatically influences people’s waistline is food availability, which has increased massively in the past few centuries.

Food, especially junk food, is everywhere now. Shops display tempting foods where they are most likely to gain your attention.

Another problem is that junk food is often cheaper than healthy, whole foods, especially in America.

Some people, especially in poorer neighborhoods, don’t even have the option of purchasing real foods, like fresh fruit and vegetables.

How can it be a matter of choice if there is none?

In some areas, finding fresh, whole foods may be difficult or expensive, leaving people no choice but to buy unhealthy junk foods.

Added sugar may be the single worst aspect of the modern diet.

That’s because sugar changes the hormones and biochemistry of your body when consumed in excess. This, in turn, contributes to weight gain.

Added sugar is half glucose, half fructose. People get glucose from a variety of foods, including starches, but the majority of fructose comes from added sugar.

For all these reasons, sugar contributes to increased energy storage and, ultimately, obesity.

Scientists believe that excessive sugar intake may be one of the main causes of obesity.

People all over the world are being misinformed about health and nutrition.

There are many reasons for this, but the problem largely depends on where people get their information from.

Many websites, for example, spread inaccurate or even incorrect information about health and nutrition.

Some news outlets also oversimplify or misinterpret the results of scientific studies and the results are frequently taken out of context.

Other information may simply be outdated or based on theories that have never been fully proven.

Food companies also play a role. Some promote products, such as weight loss supplements, that do not work.

Weight loss strategies based on false information can hold back your progress. It’s important to choose your sources well.

Misinformation may contribute to weight gain in some people. It can also make weight loss more difficult.

If you have concerns about your waistline, you should not use this article as an excuse to give up.

While you can’t fully control the way your body works, you can learn how to control your eating habits and change your lifestyle.

Unless there is some medical condition getting in your way, it is within your power to control your weight.

It often takes hard work and a drastic lifestyle change, but many people do succeed in the long run despite having the odds stacked against them.

The point of this article is to open people’s minds to the fact that something other than individual responsibility plays a role in the obesity epidemic.

The fact is that modern eating habits and food culture must be changed to be able to reverse this problem on a global scale.

The idea that it is all caused by a lack of willpower is exactly what food producers want you to believe, so they can continue their marketing in peace.

Your Digestive Problems
Stress and Weight Gain: Understanding the Connection
Why Am I Gaining Weight Even When I Exercise? Factors like stress, overtraining, and diet may be to blame.